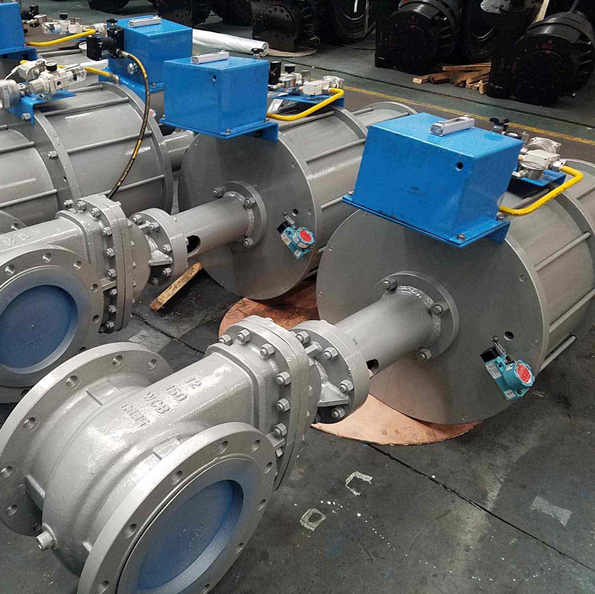 I. Overview of pneumatic actuators

The diaphragm type has a small stroke and can only directly drive the valve stem; while the linear piston type has a long stroke and is suitable for occasions requiring greater thrust. The scotch yoke type pneumatic actuator has the characteristics of large torque, small space, and the torque curve is more in line with the torque curve of the valve, but it is not very beautiful; it is often used on valves with high torque. The rack-and-pinion pneumatic actuator has the advantages of simple structure, stable and reliable action, and safety and explosion protection，which is widely used in the production process with high safety requirements such as power plants, chemical industries, and oil refining.

The pneumatic piston actuator makes the piston move in the cylinder to generate thrust. Obviously, the output force of the linear piston type is much greater than that of the diaphragm type. Therefore, the diaphragm type is suitable for occasions with small output and high precision; the linear piston type is suitable for occasions with large output, such as large diameter, high pressure drop control or gate valve pushing device. 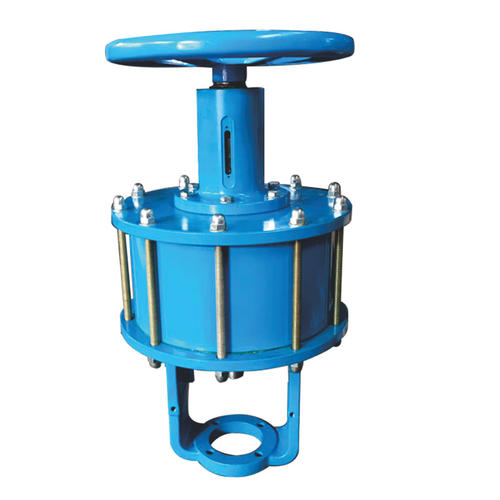 The signal standard received by the pneumatic actuator is 0.02 to 0.1MPa. The main components of pneumatic piston actuator are cylinder, piston and push rod. The piston in the cylinder moves with the pressure difference between the two sides of the cylinder. According to the characteristics, it is divided into two types: proportional and two-position. According to the two-position type, the piston is pushed from the high pressure side to the low pressure side according to the operating pressure on both sides of the input piston. The proportional type is to add a valve positioner on the basis of the two-position type, so that the displacement of the push rod is proportional to the signal pressure.

Scotch yoke pneumatic actuators are used for heavy duty and high frequency services, which is assembled with large torque valves. It ensures the continuous safety and corrosion resistance during the most hazardous conditions. 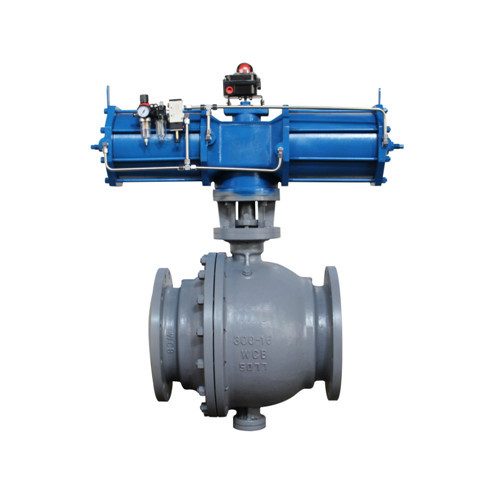 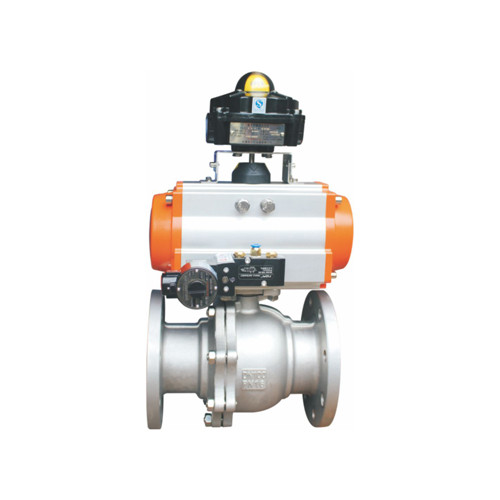 Its features are as follows:

(2)The aluminum cylinder, piston and end cover have the lightest weight compared with the actuator of the same specification structure.

(3)The cylinder body is made of extruded aluminum alloy and is treated with hard anodic oxidation. The inner surface has a hard texture, high strength and hardness. The sliding bearing made of low-friction materials avoids direct contact between metals, has low friction coefficient, flexible rotation and long service life.

(5)The adjustment screws at both ends can adjust the opening angle of the valve.

2. There are positive and negative functions;

3. The moving speed is high, but the speed will slow down when the load increases;

4. The output force is related to the operating pressure;

5. High reliability, but the valve cannot be maintained after the air supply is interrupted;

6. It is inconvenient to realize segment control and program control;

7. Simple maintenance and good adaptability to the environment;


PREVIOUS：What is the advantage and disadvantage of pne NEXT：How to do pneumatic actuator repair?